The very first powerlifting meet for Catch22 Barbell Crew is in the books!!! Along with practicing during the off-season for dragonboat, the guys of #C22barbellcrew (consisting of David Woo, Irving Tang, Armando Gong, Yuechuan Sun, and Jon Jong) also spent their time training for their first powerlifting meet that was held this past weekend at Bent Bar Powerlifting.

Watching them from the moment they signed up for this meet to the end when they were finally competing, there was a sense of pride at how far these five guys have come, and how well they were all performing. Their strength, positive attitude, and the everlasting fun and humor that are always a part of these guys never faded during their training and the day of the meet. Being able to handle training for two sports during the past five months was a reminder of how strong and dedicated they were, both literally and mentally. There were times when training would get tough, but they pushed through it and continued to train, focusing on the goal of doing as well as they could for this meet and knowing that they did their best.

They were able to handle the pressure of competing for the first time in front of an audience like veterans, and it has been extremely inspiring to watch. It makes one see that you don't know what you are capable of until you do it.

In addition to placing gold and silver in their respective weight classes, Dave won the Best Male Lifter award, and Dave and Yuechuan both qualified for the USAPL Raw National Powerlifting Championships in October! Awesome job guys!!

A special shoutout to S&S Barbell for all the support, motivation and coaching the guys have received during their training from the Owner, Jordan, to all the other members of the gym. The vibe of the gym provides a great atmosphere to train in, and it was this gym that helped our barbell crew perform as well as they did.

Congrats #C22barbellcrew! The first powerlifting meet is in, and many more to come! #readyCATCHgo! 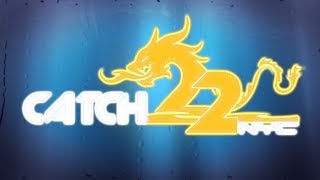 Get Ready for the USAPL Raw National Powerlifting Championships!

No tags yet.
bottom of page